Amphibians: Life on a Limb

Thousands of students, families, teachers and community members across
New Mexico speak out about conserving amphibian life around the world. 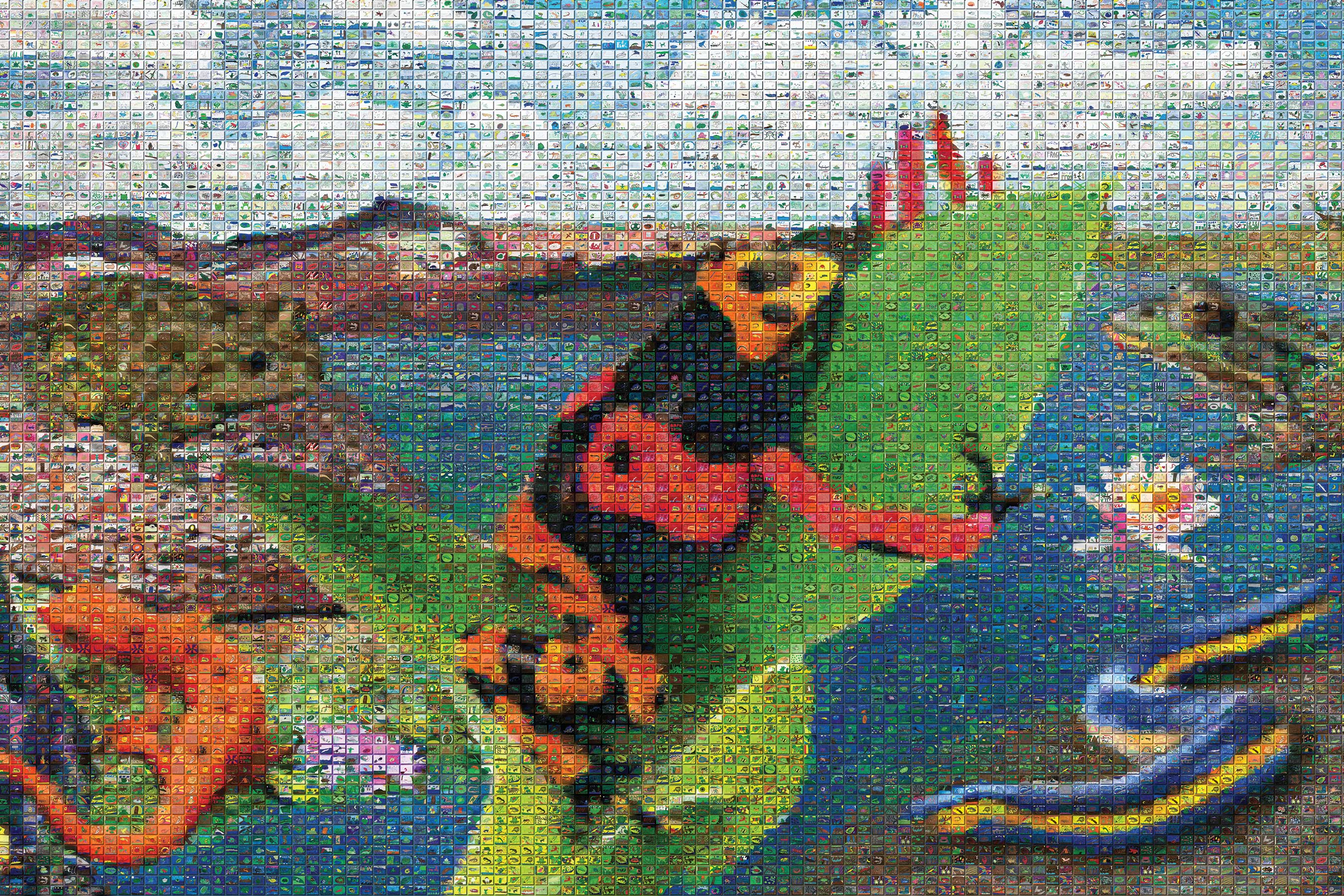 The New Mexico BioPark Society, Project S.N.A.P. and project sponsor After Hours Pediatrics partnered to create a giant mosaic mural designed to educate the public about amphibian life around the world and the importance of conserving the one third of the 6,285 species of amphibians worldwide that are nearing extinction. Students and families were given the opportunity to become stakeholders in this effort to raise awareness about preserving the amphibian population around the world.  “When we can work on projects like this that can bring in donors specifically to fund this and know that it’s really for a good cause… and that it’s an education component as well as an art piece to go with all of our exhibits, the truth is, we’ve really done our job.” said Julie Miller Rugg, Executive Director for the New Mexico Biopark Society.

The 5’x9′ mosaic mural on display at the ABQ BioPark was made up of nearly 7,000 artworks, contributed by students and families from across New Mexico. “Life on a Limb” was designed to enlighten zoo visitors about the beauty and diversity of amphibians. It also draws attention to the crisis that these magnificent creatures are facing.

I felt like I was participating in a conservation effort to help people see that one little piece of artwork adds so much to the community... just as amphibians do. Being one of the thousands of people that have created artwork, I feel that I am helping with thousands of other people who also care about the amphibians and that together we can save the amphibians.